David Speers is committing to ABC as the host of Insiders – but not at the moment.

Speers said in Tweets published yesterday that he will leave his political editor job at SKY News to relocate to ABC’s Melbourne studios in 2020, with executive producer Sam Clark joining him as well. He stressed that there was much work cut out for him over the rest of 2019.

Current Insiders host Barrie Cassidy had previously confirmed Speers was slated to take over after he himself makes his farewell episode on 9 June 2019. To compensate for the sudden developments, Annabel Crabb and Fran Kelly have been enlisted to host the show for the meantime.

“Insiders is essential viewing if you’re interested in politics and understanding how Australia is being led,” Speers said.

“I never miss it. To be able to take over from a legend, Barrie Cassidy, and present the program is an honour and a terrific opportunity.”

The SBS network has selected George Savvides as the new chairman of the board.

He had spent the past month as interim chair following Dr Bulent Hass Dellal’s exit after two terms lasting a total of ten years. His previous management roles include managing director of Medibank and Medibank Private, and chairing World Vision Australia.

Savvides joined the SBS board in 2017 and had led its remuneration committee, then later moved up to deputy chairman. He also works in the SBS community advisory committee.

“Over 45 years, SBS has played a vital role in informing and shaping Australia, not only meeting the needs of multicultural communities and our First Nations people, but helping all Australians explore and celebrate our diversity. It is a truly unique organisation, supporting economic and civil participation, and striving to inspire all Australians to experience the benefits of social inclusion,” said Savvides of his appointment.

Graeme Snow has signed up with Triple M Brisbane as its new executive producer for The Big Breakfast with Marto, Margaux and Nick Cody.

He joined following a recent recruitment search and will start working on 27 July.

Snow came after three years with FOX Sports Queensland, and prior to that he was EP for former Triple M Brisbane breakfast shows The Cage and The Grill Team Brisbane.

“My time at Fox Sports was truly a fairy tale, from creating a human NRL trophy, to helping Fletch and Hindy survive four days in a bubble tent outside of Suncorp Stadium to being in the ring carrying the Australian flag for the Horn v Mundine fight, I had a ball. COVID19 brought this time to an end, and if it didn’t, the ducks wouldn’t have aligned for this position,” said Snow.

“Returning to Triple M really does feel like coming home. Anyone who has been lucky enough to work there will tell you that it really is like a massive family.” 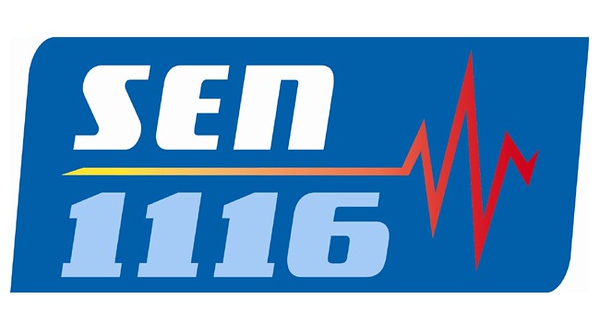 The Sports Entertainment Network (SEN) has welcomed Richmond Tigers AFL star Jack Riewoldt on board for a new weekly one-hour show on SEN1116, under the club’s partnership with Swinburne University of Technology.

Premiering at 6PM AEST on 13 July, Jack Riewoldt’s Tiger Time will feature Riewoldt’s thoughts on the current season including taking a look at the Tigers’ performance in the previous round. He will also talk with Richmond alumni and fans.

The show will run for ten weeks.

“It’s been weird not having fans at our games this season, but I’m sure I’ll hear the Tiger Army loud and clear on Monday nights on SEN. I’m looking forward to chewing the fat with some special guests and chatting with listeners who I expect will have plenty to say each week! Hopefully we can turn on some good footy despite the difficult circumstances of this season and keep the conversation nice!” said Riewoldt.

Digital content portal Which-50 has been officially acquired by multimedia outfit Boardroom.Media.

The brand and website will be retained as its staff is integrated within the Boardroom organizational structure.

“We will keep writing the stories we have always written. We will also utilise the Boardroom Media capabilities and incorporate video and other multimedia into our coverage,” explained Birmingham.

“Another change the Which-50 audience should expect is to see a wider range of perspectives in stories. Traditionally we would interview chief digital officers, or CMOs or CIOs in our stories, or founders if they are an emerging business. With the expanded focus expect also to see more perspectives from CEOs, CFOs, HR, risk managers. We always wanted to do this in the past, but lacked the scale to do so.”

The acquisition came months into a pa

Knowing who journalists write for

Following on from the question of having your contact buckets in order last week, and bouncing off Redrup’s 5 Minutes yesterday, there’s an important issue that constantly crops up in discussions with other journalists about what goes wrong in PR pitches.

“Why are you pitching me this? I would never write about this.”

The ‘me’ in that sentence is critical. We know why you’re pitching it. It’s your job.

But if you treat everyone in your contact bucket as exactly the same – a generic list that tells your client you contacted THIS MANY journalists – then you get a reputation as a timewaster that starts to get filtered into our own special bucket… the ‘Ignore’ list.

Journalists are under the pump. Overworked. Underpaid. Time poor. And when I say that I don’t want to discount that PR teams are also under a lot of pressure to move fast and hit targets. But, like those
READ THE FULL STORY

3MP radio back on the air

The network stated that the new 3MP will be an Easy Music station catering to the Mornington Peninsula over 1377AM. It will also be available on Melbourne DAB+, iHeartRadio, and CRA’s RadioApp.

Launching out of Frankston in July 1976, the original station, 3MP Classic Hits, was changed when the Pacific Star Network rebranded it as Classic Rock Radio in 2016.

John Vertigan and Julie Strini are hosting The Easy Breakfast, followed by Canning from 9AM to 3PM. Cathy Jubb is on drive and primetime duties from 3PM to 9PM, while Dave Drinkell goes on the late-night run.

The merger of AKQA and Switched On is done.