Seasoned broadcaster Grant Goldman has passed on at 69 years old.

A former station he worked in, 2GB, tweeted that he died after a long battle with cancer, which was revealed to be terminal in 2017.

Goldman was one of the Australian media’s best-known voices, lending his talent to multiple stations including 2UE, 3UZ, and 5AD. He also hosted the first edition of ABC’s Countdown, and was popular amongst Sydneysiders as the voice of the city’s bus and tram network through the 1990s and 2000s.

He had been the ground announcer of Manly Sea Eagles games at Brookvale Oval from 1983 to 2016, and became the voice of automated tour guides for the Blue Mountains, the SCG, and Stadium Australia.

Lambert in charge of Women’s Agenda

Women’s Agenda publisher and co-owner Tarla Lambert has taken over as editor-in-chief.

Co-founder and editor Angela Priestley said that after eight years running the editorial side of the company, she had opted to let Lambert run that side of the business. She herself will become the new strategy chief and creative director, in charge of podcasts and new partner content campaigns.

Lambert joined Women’s Agenda in 2015 as associate publisher but was moved up to publisher/co-owner in 2017.

“Building Agenda Media and @WomensAgenda with @angelapriestley and our dynamo team has been one of my biggest life highlights. I couldn’t be happier to be the new editor in chief and keep growing our footprint. Small, female-led teams do huge things,” Tweeted Lambert.

Parent company ARN stated that she was opting to return home and set up a remote studio link to continue the show with Jase for the remainder of 2020.

She will return to Australia in early 2021.

She stated in a Tweet that today’s morning bulletin would be her last, hinting that Emma Blackwood and Meg Purtell will be filling in.

Lloyd was with the national broadcaster for 24 years, with her work including hosting the Queensland edition of Country Hour, and recruitment and mentoring of ABC Queensland reporters.

The husband-and-wife tandem of Chris and Mel Dzelde has stepped down from 5MU and Power FM (pictured) in general.

Mel Dzelde said in a social media post that they were leaving so she could further deal with Stage IV cancer. She herself had been on medical leave for the past four months as Power FM’s content director, as was Chris on carer leave from hosting afternoon show The Shovel and Bull.

"Cancer has a way of showing you your priorities and for me, I’m visualising a future free to explore new projects and opportunities... I know I’ll be a better version of myself as a result. I want to thank my team for inspiring me every day. I know you’ll continue to make me proud," said Mrs Dzelde.

Power FM has yet to announce changes to the Dzeldes’ now-vacant job posts.

Southern Cross Austereo has set up a raft of programming changes for the Hit Network, including new producers and workday hosts for the statewide shows.

On the producer front, Queensland’s Cliffo and Gabi show will be under the aegis of Carley Whittington. In Victoria, Riley-Rose Harper will work on Tim and Jess’ breakfast show. Ex-HIT Squad member Jorgia Pisani is producing the WA breakfast with Allan and Michelle while Matt Lucas stays on at NSW’s Gawndy and Maz.

Hit’s Community Division stations will have their own workday hosts for the 9AM-12 noon block. 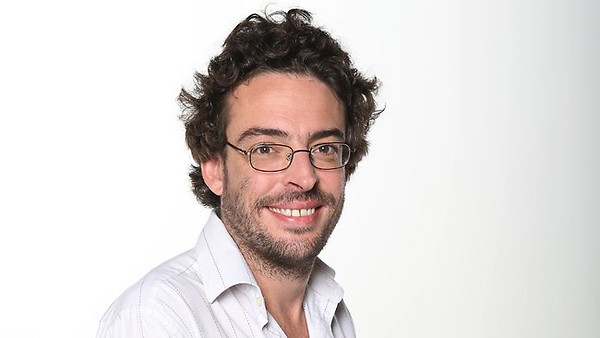 The Daily Telegraph revealed that the station has tapped him for co-hosting John Stanley’s weeknight show at 8PM, starting tonight.

Hildebrand will be on for one hour, but station management will consider it as a test run for more duties.

“I am absolutely wrapped to be going back to radio. I can’t think of any better place to be than 2GB. I’ve got a strong feeling that a lot of my old audience from Studio 10 are also the kind of people who listen to GB. These are battlers from the suburbs, people who live in the real world, who like straight talk and big laughs and I can’t wait to reconnect with them,” said Hildebrand.

Galloway signs out of ABC

Patrick Galloway has called time on his ABC run.

He made his exit official in a Tweet with ABC Landline’s Kirsten Aiken, which he stated was his last on-camera appearance.

Thrive PR is in business with the Samoa Tourism Authority.
Hemming takes up ANZ comms/marketing post at WPP AUNZ

Magnum and Co is working with Peters Ice Cream.