By Seamus Byrne in Media News on Monday, 29th June 2020 at 9:46am
The Australian has dialled down its print edition over recent months, and with that the print edition tech section has been on hiatus. But that doesn't mean David Swan and Chris Griffith have had their feet up taking it easy, with two new projects launched in the digital domain – a podcast and a live blog.

"It's probably underestimated how much work goes into print," says Swan. "Even though it's just two pages in a newspaper, you're thinking throughout the whole week about what story is going to lead that physical page, how you're going to fill it, getting content from different contributors.

"It is a negative – you'd always love to have the print section – but as long as it hasn't been there it has absolutely freed us up to do other things."

The podcast, Forward Slash, has been sponsored out of the gate by IBM. Swan says the feedback on the first episode has been great.

"An enquiry from IBM dovetailed really nicely with me having an idea floating around in my head," he says. "So far it's been really smooth with that conversation. I'm happy with it being my voice and my project, because sometimes sponsored content can be compromised for a bunch of reasons. But this is one where I've been able to do the stories I want to do."

The first episode explores the race to find a COVID-19 vaccine and the exploration of new technologies to help find a solution. The show will continue with one episode each fortnight for a run of ten episodes, each with a different theme.

"We're not sure what it will look like beyond that but IBM is positive on it so far so I wouldn't be surprised if there were more seasons," says Swan.

As a separate project, Swan and Griffith have launched a live tech blog covering the daily news in a fast format. It's now one week old, but again Swan says the feedback has been excellent.

"Obviously tech is such a fast moving animal, it's not really achievable to do separate stories for everything. Just having a one stop shop where we can put everything that is breaking into the live blog is good," says Swan.

"It really gives us a way to cover everything – even if it's two lines. Other outlets might have a strong piece about something, or they might get an exclusive. It doesn't mean we have to then go away and do a story of our own. We can link to it and cover it off.

"Tech is moving a bit like politics because so much is happening every day. So we feel like we can offer extra value to our subscribers by having that blog that has a crack at covering everything. It's a lot of work, we've just got me and Christ Griffith on the tech team right now. The resourcing isn't what it once was but we're making do with what we've got and so far, so good."

Swan says he actually feels refreshed by the break from print, with the ability to experiment during the downtime giving them some room to play. And to do so without too many expectations.

"It was fine to just say that if it doesn't work we'll just stop doing it," he says. "It was a really good spirit of being able to experiment with the paper and I think that's quite an unusual thing when it comes to it."

"Obviously, it's the national masthead, a serious brand that we're playing within, so to be able to experiment within that has been really fun. It's been refreshing and a lot of fun. More experiments would be great for the second half of the year."

When asked for his wider hopes for the second half of 2020, Swan jumps to the idea of adding a third member of the tech team at The Australian.

"That's something we're told is a possibility. I'd be really happy if that happened."

But for now, he's taking the victories where he can – and getting to play with new digital formats and do so successfully is a big win given the year the industry has been having.

"It wouldn't have been the end of the world if the blog wasn't working, or if no one liked the podcast, but the feedback has been good so it is validation that sometimes trying new things can really work. And that even though our flagship product is still the physical paper, we're by no means limited to that and we can do a lot outside that as well."

Chris Dutton has been appointed news director for the Canberra Times.

He had spent the past five years at the sports desk as editor.

Marshall is well-known for his contributions to leading travel publications including 4×4 Australia, Pat Callinan’s 4×4 Adventures, Camper Australia, and Caravan World.

“I will continue doing what I love: Living the dream, Sharing the Experience,” said Marshall of his new appointment.

AusGamers and the fight for a better game culture

AusGamers is approaching its 20th anniversary, a rare feat of longevity in the digital domain. But its success is in no small part thanks to a passionate core of staff and fans who have known and loved the site since its earliest days as a file mirror and forum.

Stephen Farrelly has run AusGamers since its shift toward covering games, and with a monthly audience in the 250,000 per month ballpark he’s proud of what the site has become since then, and proud that he pays the people who contribute to the site. 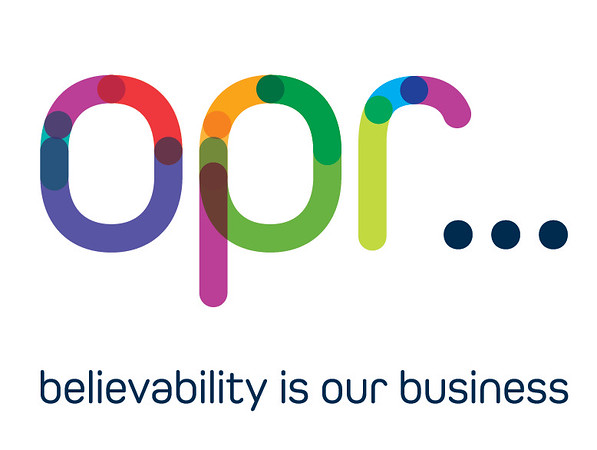 OPR is taking on representation for DocuSign.