The Sunshine Coast Daily has welcomed reporter Natalie Wynne into the ranks.

She will be on the general news beat.

Wynne was previously with 9News’ national and local divisions, and also at SKY News Australia.

“Clare has a long and impressive track record in government, regulatory and corporate affairs, as well as policy development, industry relations and business strategy. She is a strong addition to our executive team and joins at a critical time for Seven West Media and the media industry in general,” said Seven West Media CEO James Warburton.

She had spent most of 2020 as Buzzfeed’s APAC sales director. The company still offers commercial and client services even as its Australian news division was shut down.

“I’m thrilled to be leading the Buzzfeed business across APAC and I’m very proud of the way that our team has come through the challenges of 2020 – producing engaging content for our audience and delivering truly exceptional campaigns for our clients,” said Williams.

“Looking forward, 2021 is a highly promising year for growth, with some really exciting opportunities on the horizon that we’ll be sharing in market soon.”

Greenwood in action at SKY News

Ross Greenwood has left Nine to be part of the SKY News Australia family as business editor.

Greenwood has at least 40 years’ experience covering the business sector, with almost 20 of them spent with Nine.

“In a world where change happens so rapidly, it is exciting to join a dynamic news organisation dedicated to breaking news and holding business and political leaders to account. I can’t wait to go,” said Greenwood.

The problem with the Australian government’s approach to making the tech giants subsidise journalism in Australia is ideologically half-pregnant. It is rampant interventionism trying to pretend it’s not by operating under the auspices of a “free-ish” market agreement.

Clearly, the two opposing sides will never, ever see eye-to-eye on the respective value they bring to the table. As such, any arbitration model is doomed to failure.

The government does have at its disposal traditional levers that it could far more easily deploy, namely taxation.

Let’s call it a copyright tax. With it you could kill two birds with one stone, removing the related issue of ambiguity over copyright and fair use of content. It is a legal minefield that our legal system is currently struggling to come to terms with, as shown by the long and ongoing legal stoushes between the copyright agency and media monitoring companies.

The copyright tax could be
READ THE FULL STORY

She had been with parent company Southern Cross Austereo for almost five years, with her work including office assistant in the Melbourne office and producing for Trending 20 with Angus O’Loughlin and Old School House Party with Tim Lee.

“For more than five years, I have been striving to reach this goal, and here it is, with a fun and cheeky show. I’m looking forward to the content Danny and I create as a team,” said White.

Mamamia has welcomed Siobhan Moran-McFarlane as the new executive producer of The Quicky podcast show.

She will be in charge of overseeing the show’s content production and to research and book guests.

Moran-McFarlane joined Mamamia from the Super Network, where she spent over two years as reporter/producer, and senior producer for the John Laws Morning Show on 2SM. 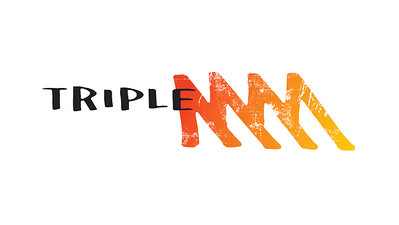 The network stated that effective 27 January, the 3PM hour will carry highlights from Triple M Melbourne’s The Marty Sheargold Show.

Mick Molloy is up at 4PM with Molloy.

The Rush Hour with Dobbo will kick in at 6PM, rebranded as Rush Hour Queenslander, with Elliott Lovejoy as co-host.

The reprogramming was made after Luke Bradnam announced that he was not coming back to the 92.5 Drive show this year.

“We’re pumped to bring a dedicated sports entertainment show to the GC for the commute home. With industry legends Marty Sheargold and Mick Molloy, followed by sports nut and NRL insider, Ben ‘Dobbo’ Dobson, the Gold Coast will be treated to the ultimate lineup that delivers our rock, sport and comedy promise,” said Triple M 92.5 content director Corey Kay.

Nicki Williams is running APAC for Buzzfeed.
Greenwood in action at SKY News

Drape bows out of The Monkeys